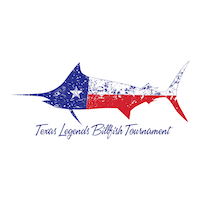 USE YOUR GPS FOR THE CORRECT TIME

THERE ARE NO ANGLING RULES OTHER THAN THE FISH MUST BE CAUGHT ON A CONVENTIONAL ROD AND REEL AND BOATED BY HAND OR GAFF. ANYONE MAY HANDLE THE FISHING ROD. NO HARPOONS, SHOOTING, EXPLOSIVES, POISON, ELECTRIC REELS (OK FOR DREDGE USE ONLY) , ELECTRIC SHOCK, ENTANGLING DEVICES, NETS, LONGLINES OR OTHER NON-SPORTING DEVICES MAY BE USED.

To obtain release points, a video must CLEARLY SHOW the following in CONTINUOUS UNEDITED VIDEO:

IMPORTANT! Please have your video ready to show in a timely manner for the Video Review Committee. Using  a CLEAN MEMORY CARD with no other data at the beginning of the tournament is a big help. It makes it much easier to find the video(s) to be reviewed. It is up to you to furnish everything needed to view your video. TIME and DATE stamp on the camera is preferred. Tablets such as an iPad take excellent video that is very easy to review and show TIME and DATE. It’s also a good idea to video with more than one device in case of equipment failure. Only releases verified by the video review committee earn points.

MORE IS BETTER! THE MORE VIDEO WE SEE, THE EASIER IT IS FOR US TO VERIFY YOU HAVE MET ALL OF THE VIDEO RELEASE REQUIREMENTS!

Highest score determines the winner(s). The boat with the most points accrued by the earliest time of their last fish released (or blue marlin boated) wins.

If you catch a Blue Marlin that weighs over 600 lbs., the tournament rewards your accomplishment with a 900 point bonus in addition to the 1 point per pound scoring. This bonus reflects the skill and difficulty involved in boating a large blue marlin vs. releasing any size blue marlin.

If for some reason the points and release times between boats are identical, the boat with the most blue marlin wins.

On all weighed fish, in the case of a tie, length prevails.

A Special Word about the Blue Marlin (Only) Pools!

The Tournament Places are based on the $1,000 Mandatory Billfish Pool which all participants are required to enter.

Swordfish are not included in the Billfish Pools.

The Billfish and Blue Marlin Pools use an aggregate point system with release points and weighed points and will pay up to 4 places.

The boat with the most points wins.

*The Largest Blue Marlin Released will be determined by the Tournament Committee reviewing video footage. All participants are eligible for this prize. Participants should be aware that these are judgment calls and the committee’s decision is final, no protests will be accepted. If you have a large fish, please take your time and get plenty of good video footage. It is difficult to determine the exact measurement of a live fish on a moving boat in the open ocean. For the Most Billfish Released prize, in case of a tie, tournament scoring rules apply.