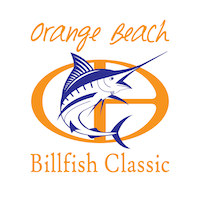 1. Fishing Hours: Fishing hours are continuous beginning at 12 noon on Thursday, May 19th. Boats must clear the Perdido Bridge or Sailboat Bay in Bon Secour by 7 p.m. on Saturday, May 21st in order to weigh in. Please monitor VHF channel 88A when departing and returning to tournament headquarters. Landed blue marlin must be reported along with length of fish within 30 minutes of boating the fish to tournament headquarters. Fish tags must be

filled out for each fish to be weighed. There is no limit to the number of anglers you can have, but they ALL must be registered. Substitution of boats, teams or anglers after the flair start (12:00pm Thursday) is prohibited.

3. IGFA Rules: Participants agree to compete in IGFA rules with one exception only: rod may be transferred (handed off ) one time within the first minute of the fight.

4. Catch and Release: A billfish is considered caught when the leader connection is wound to the tip of the rod
or a team member touches the leader. The billfish is considered released when, after being caught, the fish is no longer connected to the line. Blue Marlin eligible for release shall not be gaffed or attempted to be gaffed. All
billfish eligible for release shall not be boated. A color video must be presented to confirm all catch and release submissions. The video must clearly show the species of the fish, the angler fighting the fish, the release of the fish,
a complete pan of the deck area after the release, the tournament designator and the GPS date and time of release. You must provide this video on a SD or micro SD card or a cable with your video camera. Cell phone video will be accepted. If possible please email video from the phone to dblaylock6@gmail.com. ALL of these conditions MUST be met to receive billfish catch and release points.

5. Weigh In: The tournament weigh in location will be at The Wharf Marina. Hours of operation will be Friday, May 20th from 7 to 8 a.m. and 7 to 10 p.m. and Saturday, May 21st from 6 to 10 p.m. Monitor VHF channel 88A for docking instructions. In case of a tie in weight, the boat with the first check in number wins. Fish must be brought
to the weigh dock aboard the boat that landed the fish. Frozen fish will not be accepted. No mutilated fish will be accepted. Disqualification will be determined by the weighmaster. All decisions will be final. Any boat in possession of an illegal fish will be disqualified from the tournament with no refunds. There may not be any pooling of the catch or transfer of the catch from one boat to another. Substitution of boats prior to the start of the tournament must have clearance from the OBBC Tournament Committee. All boats are responsible for their fish, the proper reporting documentation, confirmation in the Release category and the submission of any State Record applications.

6. Lady and Junior Angler: Junior anglers must be age 15 and under. Top junior angler and lady angler will be determined based upon points as follows:

7. Images: All participants give their consent to the OBBC for the use of any video or photograph recorded or taken during the tournament. OBBC may use these images for any purpose without compensation or restrictions.

9.Tournament Cash Awards: The largest blue marlin weighed is considered the tournament champion; if no blue marlin are weighed then first place catch and release is considered the tournament champion. In the event that no eligible blue marlin (107” minimum) are weighed in, the tournament cash awards for that category will be added to the Catch and Release awards in the same proportion. If there are only two billfish released then the catch and release award will be split 60/40 between first and second place. If only one billfish is released then that team will win all categories. The Blue Marlin (107” minimum) and billfish Catch and Release Awards will equally split the tournament prize money which will be distributed on a 50/30/20 percent basis to the first, second and third place finishers. The tournament will be capped at 60 paid entries. The entry fee is $6,750. In the event of participant cancellation, $1,750 is non-refundable and non-transferable and the remaining $5,000 may be rolled over for one year. No refund of entry fee or optional cash awards due to mechanical breakdown or any other reason once the tournament officially begins.

10. Optional Cash Awards: There will be Optional Jackpots for blue marlin (107” minimum), billfish catch and release, tuna, wahoo and dolphin in the amounts of $500, $1,000, $2,500 and $5,000. In addition, there will be a “Winner Take All” in the $10,000 and $5,000 divisions for blue marlin and billfish catch and release. Cash, checks and credit cards(subject to a 3.5% service charge) will be accepted. The tournament retains 10 percent of all funds in the Optional Jackpot divisions.

11. Payouts: All payouts will be mailed within 10 business days following the tournament. Winners must provide a tax ID or social security number and mailing address. OBBC will issue 1099s to winners. ANY PRIZEWINNER MAY BE SUBJECTED TO A POLYGRAPH TEST. Checks must be cashed within 180 days of issuance.

12. Rules Committee: The 2022 Rules Committee members will be Johnny Dorland, Tim Jones, and Craig Martin. The Honorary Conservation hostess will be Ellen Peel, President of The Billfish Foundation.

13. Disputes: The Orange Beach Billfish Classic is an honor system tournament; each entry will be responsible for their team and crew’s performance. Should anyone have a complaint of any nature, it must be submitted in writing along with $500.00 cash to the Tournament Committee at least 30 minutes prior to the close of the weigh in on Saturday. Any decision rendered by the Tournament Committee shall be final and binding.

15. RELEASE OF ALL CLAIMS: This section must be read carefully by each participant. In consideration for being accepted by the Tournament organizers for participation in the Orange Beach Billfish Classic, the Participants hereby release, forever discharge and agree to hold harmless the Tournament Committee, Sponsors, OBBC, LLC, The Wharf Entertainment Properties, LLC, Coastal Marina Management, LLC and their respective officers, directors, employees, agents, volunteers, partners, members, and/or attorneys for any and all losses, claims or demands of any kind

16. BINDING ARBITRATION: In the event the Tournament Organizers/Rules Committee cannot render or refuses
to render a final and binding decision with respect to any dispute, protest, claim, difference, or controversy under review, the matter shall be resolved by binding arbitration under the commercial arbitration rules of the American Arbitration Association. The decision rendered in arbitration shall be in writing and shall be final and binding upon all parties. The parties shall have no further recourse, except as provided for by the commercial rules of the American Arbitration Association. Once the decision is rendered, it will produce the effect of “redudicata” and the parties shall fully comply with the decision without delay. The participants specifically waive the right to a trial by judge or jury.