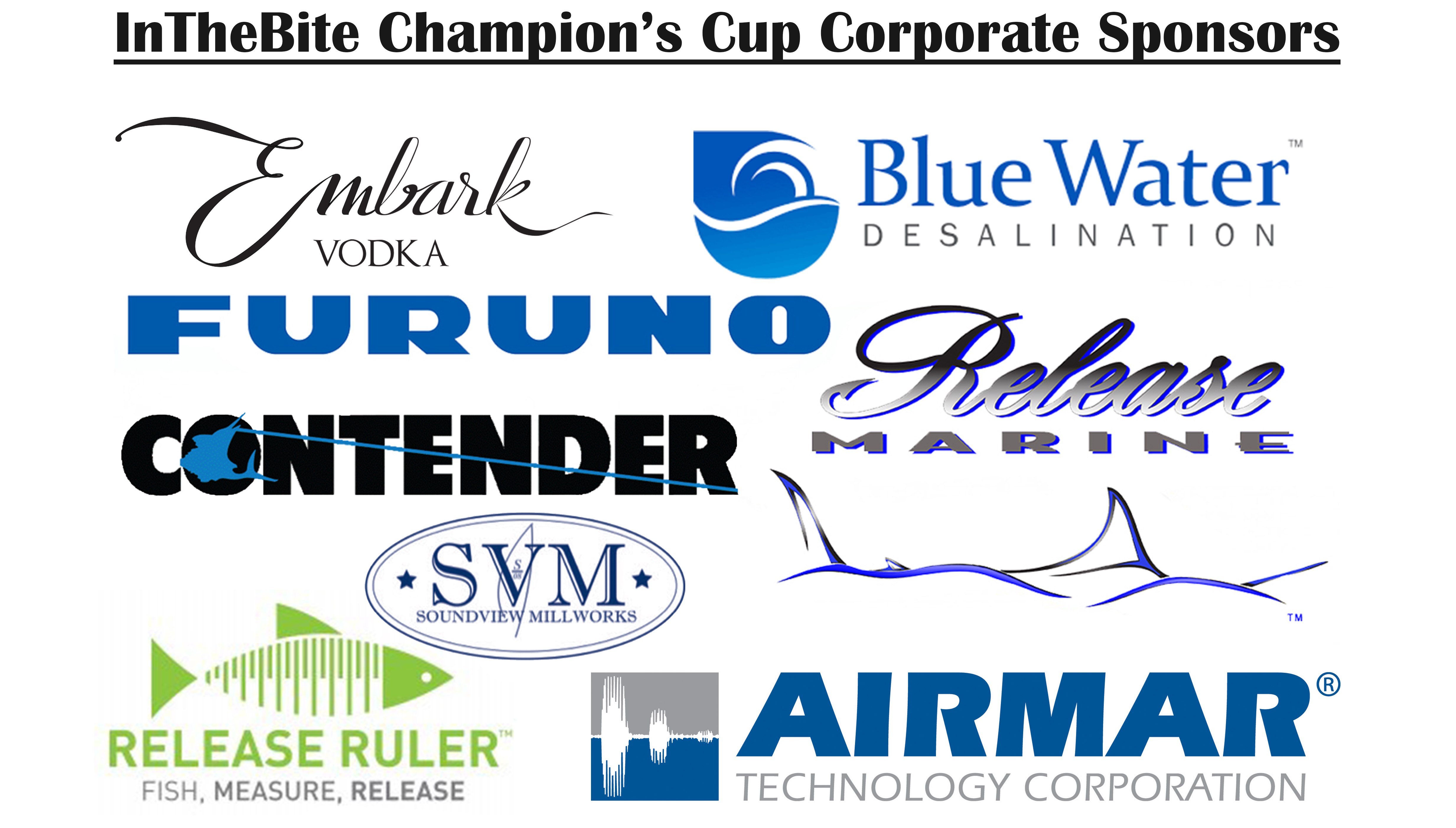 Eligible Events: InTheBite shall manage an official Captain of the Year Champion’s Cup sanctioned tournament calendar, consisting of the most prestigious and popular billfish tournaments in the world.

Changing Boats: The series points for the Champion’s Cup reside with the registered boat and the owner of that boat. If a registered boat elects not to participate in a sanctioned tournament and other members of the team wish to continue forward on a new boat with those points, they may do so provided at least 3 of the original team members are on board the new boat and approval in writing has been provided by the owner of the original boat. However, points may not be transferred to another boat already competing in the series.

Scoring: Points are accrued through InTheBite Captain of the Year Champion’s Cup sanctioned tournaments and listed for each tournament (see schedule). Championships points: 250 points will be awarded for each championship win.

Disputes: InTheBite Champion’s Cup board shall have the final and binding decision on any questions or disputes that may arise during the year.

Tracking: Scores shall be made available online at InTheBite.com and will be updated as quickly as possible following each sanctioned tournament. The results shall come from the official tournament standings. InTheBite shall not become involved in disputes over the legitimate winners of the sanctioned tournaments but will follow the lead as directed from each event.

Vacant Prize Category: In the event of a vacant prize category among the division registered boats, the division category prize will be rolled over to the next year and the entries will start anew.

Protests: Any protests concerning the conduct of an angler or rules violations must be filed in writing with the tournament committee no later than the close of the fishing day on the day of the alleged violation. Along with a non-refundable $500. The rules committee will address protests; the decisions of the committee and director are final. Teams may be subject to polygraph if necessary and agree to polygraph by filing said protest.

Refunds: No refunds for entry fees.

Hold Harmless: All registered teams and non-registered occupants of their boats enter and participate in this series voluntarily at their own risk. In consideration for the series' acceptance of his or her entry, each angler, for his or her heirs, executors, and administrators, agrees to release, hold harmless and indemnify the series (InTheBite LLC) its officers, managers, directors, agents, sponsors, donors, the city and county where the event is held, and all other persons connected directly or indirectly with the operation of the series, from and against any and all liabilities, claims, actions, damages, costs, fees or expenses, which he or she may have against any above-described party, or which his or her captains, crew members, family members, companions or non-registered occupants of their boat may have, arising out of or in any way connected with his or her participation in this series, including any injury or death suffered by any registered angler, boat captains, crew members, family members, companions or other occupants of any boat, and including any damage to vessels and equipment, which occurs during or in conjunction with the event. Each team understands and agrees that this release specifically includes and waives any claims based on libel, slander, negligence, action or inaction of any above-named party.

The following are eligible championships for the Florida Division: "Quest for the Crest" Series, Florida Key Gold Series.

The following are eligible championships for the Hawaii Division: Hawaiian Marlin Tournament Series.