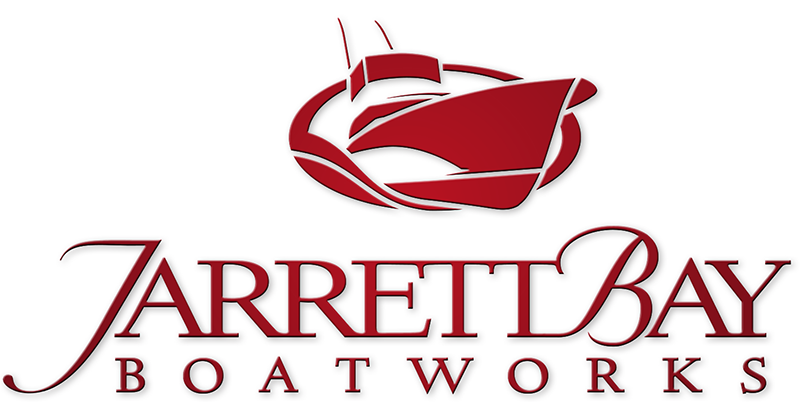 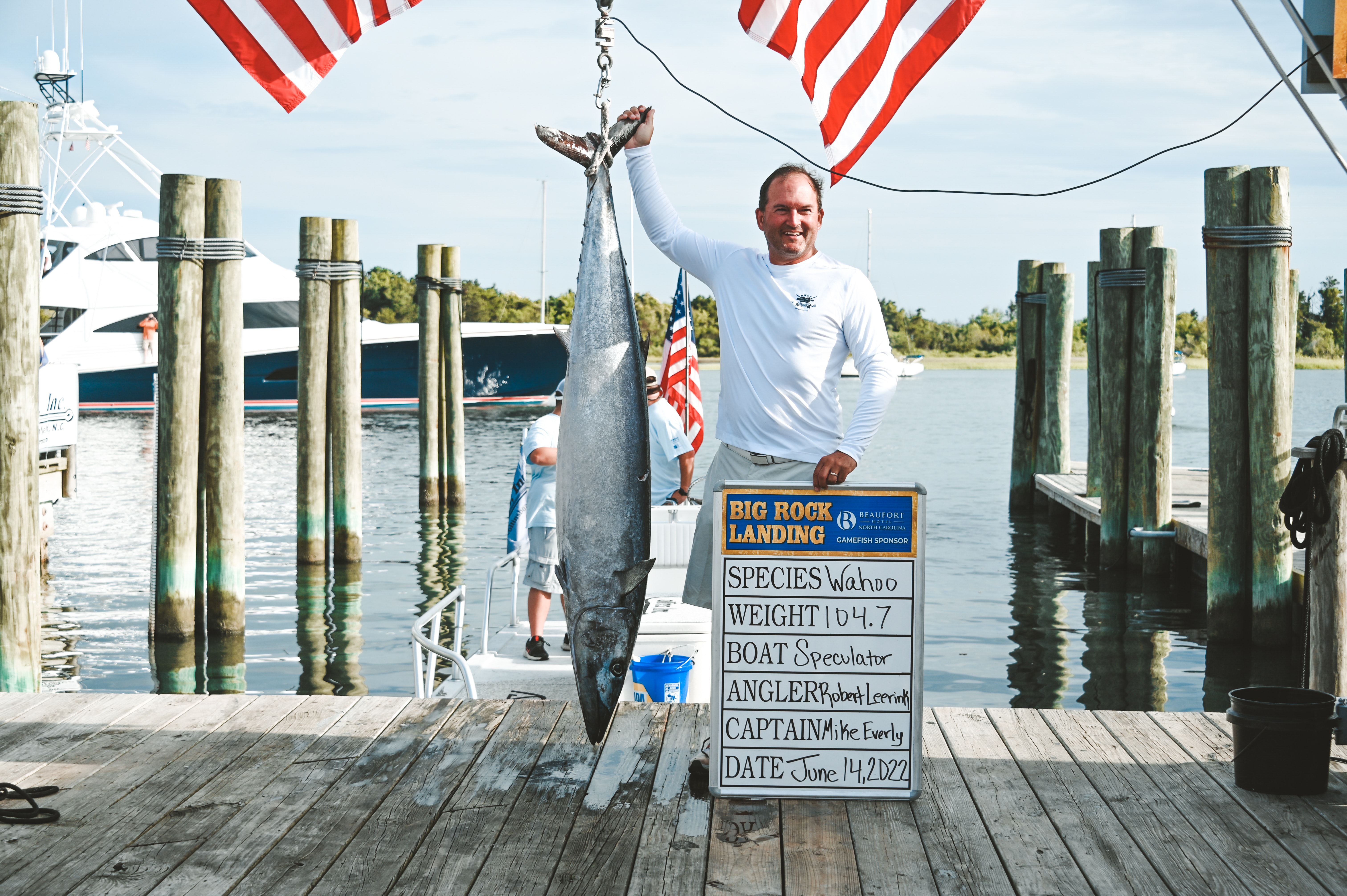 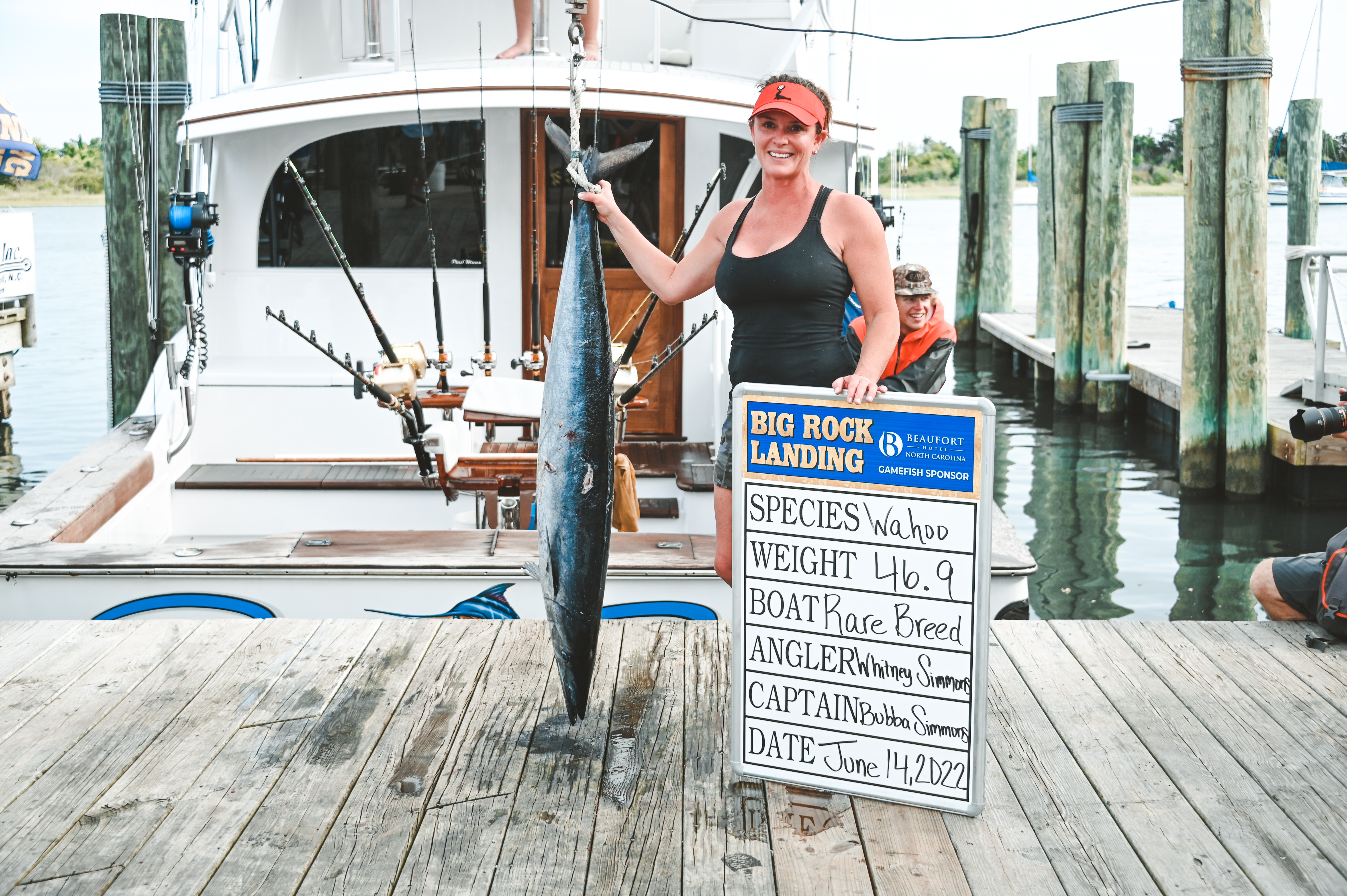 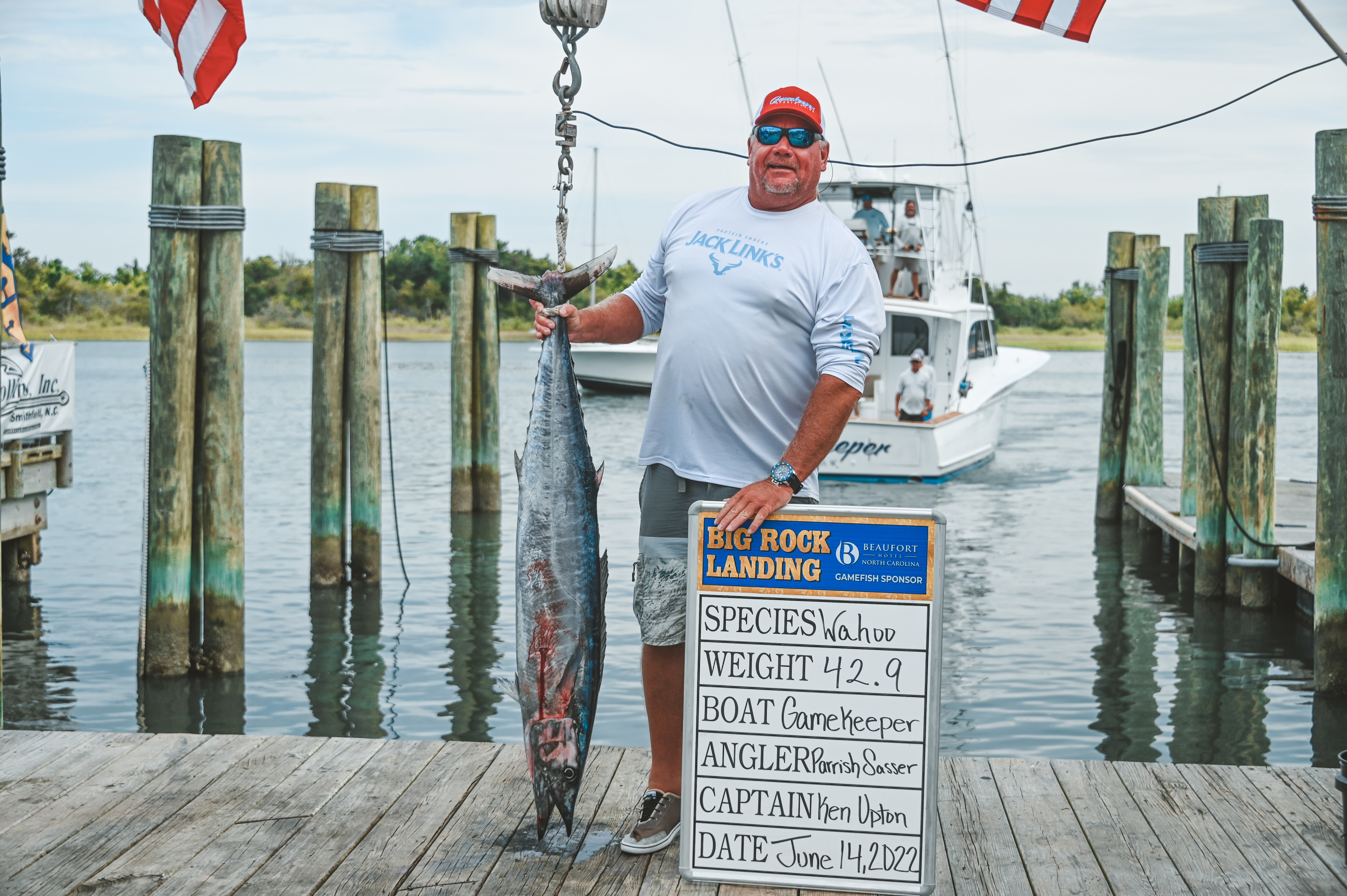 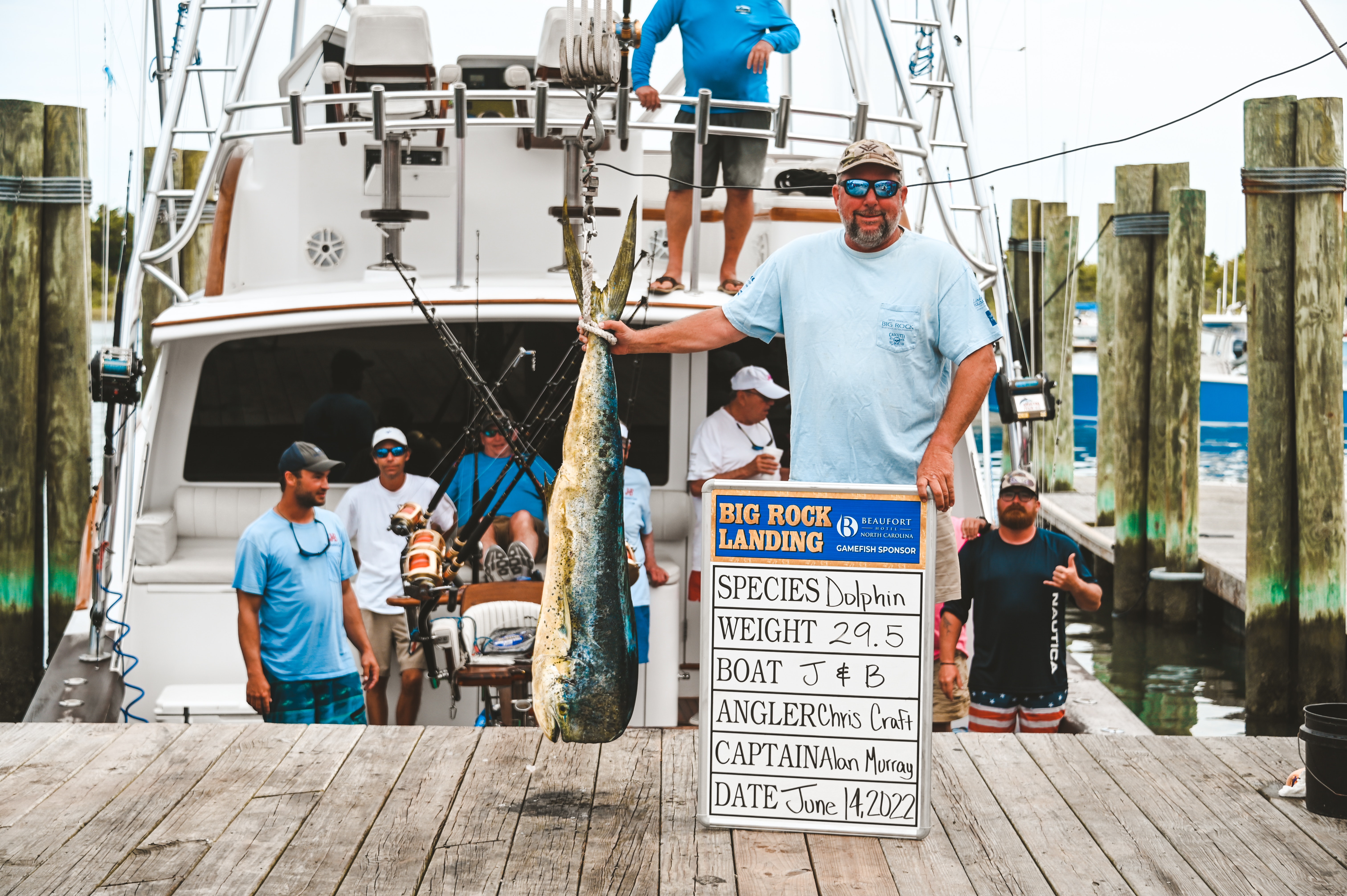 A whopping 38 boats are offshore today, 228 have taken a lay day. The Gregory Poole First Release of the Day goes to SEA TOY for their blue marlin release at 10:06! Tune in to Big Rock radio via thebigrock.com or The Big Rock App!

MERCENARIA brought in the first blue marlin weigh-in at 572.6lbs. Earning them the prestigious Fabulous Fisherman title and $777,750! If that fish holds on to 1st place throughout the week, the crew could walk away with $3,489,813— An industry record payout!

After a 7 hour battle WALLHANGER arrived at Big Rock Landing with a 556.4lb blue Marlin stealing second place. Lady angler Stacy Alan and her crew are looking at a potential $426,288 payout if the fish holds on.

BAD HABIT 526.7lb fish was brought to the scale by another lady angler Jennifer Miller. SYLVA LINING made their first appearance at Big Rock with a 401.3lb fish. Though both fish were impressive, they didn’t claim a spot on the leaderboard.

Excitement was in the AIR as Michael Jordan brought the bulls to Big Rock Landing. FLY IN FISH scored $2,000 for their 28.2lb dolphin. YELLOWFIN slid in at second place taking home $1,000.